The Origins of Gardena Jackpot 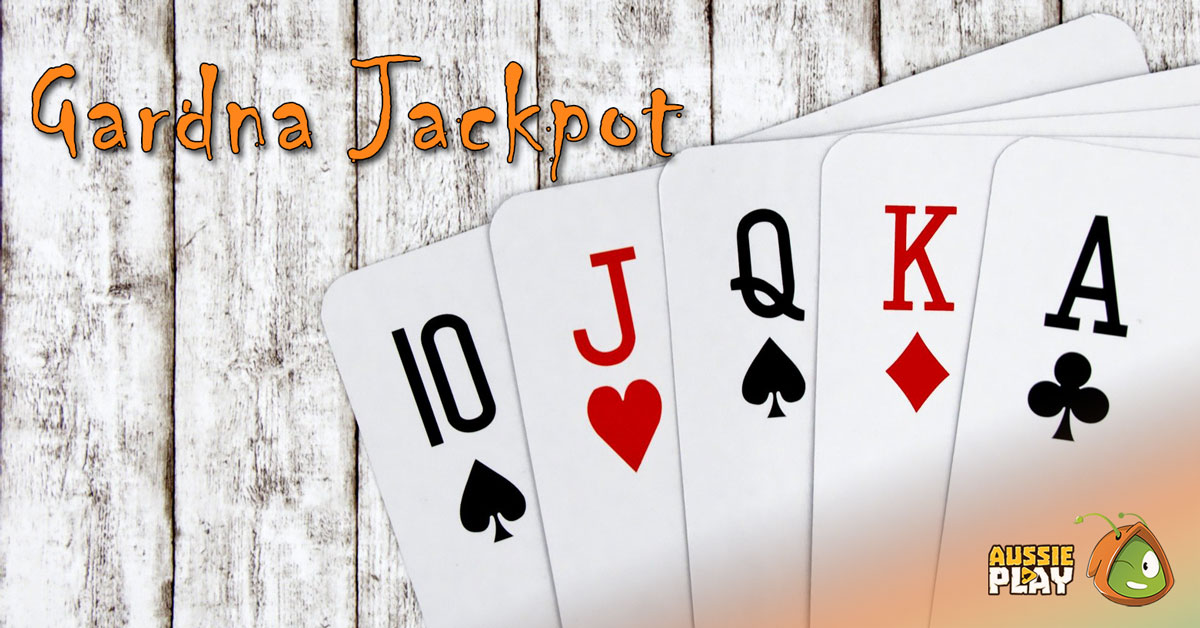 Hi, I’m Aussie, your friend from another galaxy and a gambling aficionado. This time, my earthly buddies, I’ll explain to you how to play Gardena Jackpots.

Gardena poker game has its origins in the Californian city of Gardena. To be exact, the city lends its name to the game since it was the centre of many variants of high-hand draw poker from the ’30s to the ’70s. Apparently, Gardena was a poker haven because it included more poker tables than the rest of the U.S. I’ve never been there, but judging by the photos I’ve seen, it’s pretty laughable compared to the Nebulon galaxy. There, you have three planets covered entirely in tables for table games — Denzenulon is even in the shape of a chip! Oh, how you humans make me laugh with your “huge” numbers.

Today, Gardena Jackpots is an entertaining type of poker, perfect both for home and casino play. The game’s aim is to make the strongest hand following standard poker rankings.

As in most home games, the game begins with all of the players placing an ante. Then, the one with the best hand, provided it’s at least a pair of Jacks, starts the betting round. The first round of betting starts with the player with the strongest hand. In Gardena Jackpots, a single Joker represents a wild card.

Gardena Jackpots, also known as “Jackpots” or “Jacks to open,” basically follows the rules of the standard five-card draw. The players are dealt an entire hand before the first betting round. The game develops through cards’ discarding and replacement. Assuming that you already understand the basic rules of poker game, betting structure, and standards values of hands including high and low variations, take a look below at the specific rules of Gardena Jackpots.

Before being dealt five cards each, players have to provide an ante for the pot. Then, it’s time for initial betting. After the players have gotten at least a pair of Jacks, the betting begins. The players who don’t meet this minimum requirement may then follow by placing bets in a standard way:

In case none of the players has the required hand, a new set of cards is dealt. This time, more antes are added to the pot. This way, the pot rises, which explains the “jackpots” part of the name.

During the next draw, players can choose to discard or replace their cards. In case the player who has opened the round of betting decides to discard one of two Jacks, they are allowed to do so but have to keep that card close at hand in order to be able to prove they were permitted to open the betting round. Here, we are talking about “breaking openers.”

The next betting round is the moment of truth. It succeeds the draw after which the players that remained in the game compare their cards. Winning hands have to present a minimum of Three of a Kind. In case they don’t, the pot rolls over to the next hand, which increases it further.

Five Aces represent the highest-achievable hand, thanks to the Joker acting as an Ace if needed.

There you have it! That’s all about Gardena Jackpots! Good luck, my earthly mates!