Why You Should Learn Draw Poker 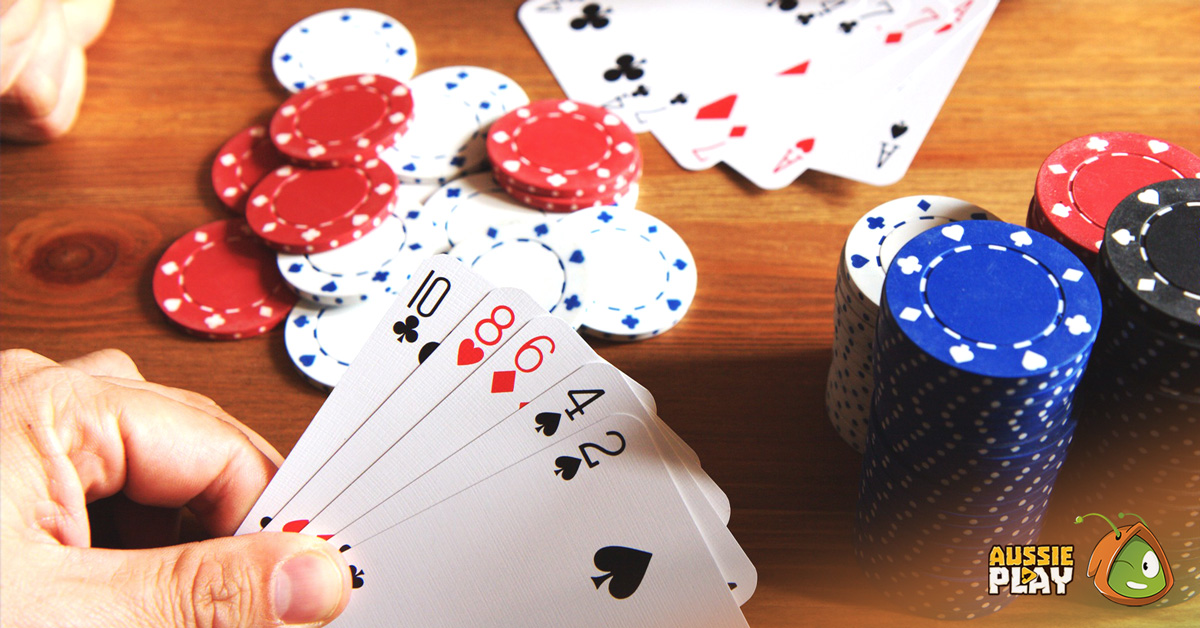 There’s an old saying on the planet from which I come from: “Don’t jump on a Texas Hold’em if you can’t ride a draw poker.”

Generally, you can divide poker variants into four major groups, depending on their main distinctions. However, my experience is that here, on Earth, you only play three, so you might be looking forward to some new additions, should more aliens follow Zuzu, Space Cat, and my path. Even though you might not play all of them, here’s a table of the standard poker variants and what makes them unique:

Out of all the poker variants, draw poker is perhaps the simplest one; particularly, Five-card draw. Although not a lot of people play it as compared to some other variants — such as Texas Hold’em, Seven-card stud, and Omaha — it’s a great starting point for everyone who is yet to learn the ropes.

The game is pretty simple, and that’s the reason why many newcomers to poker start their journey with this variant. It’s also the version that’s a basis for video poker. Consequently, if you know the answer to the “How do you win at 5-Card Draw?” question, you’re already on your way to learning how to win at video poker! While most casinos don’t organize Five-card draw games, you can still find it on online poker hubs. Usually, though, poker players mostly engage in it as a home game.

As you know, Five-card draw is a poker game. As such, it revolves around players comparing their hands to see who has the stronger one, according to poker hand rankings. If you’re unfamiliar with those, here’s a list of poker hands from the strongest to the weakest one:

The betting progresses clockwise, starting with the player to the left of the big blind (or left of the dealer if you play with antes). After the initial betting round, you can (it’s not mandatory) discard some of your cards, and the dealer will replace them with others from the deck. After the drawing, there’s another betting round, and that’s it! If more than one player remains, you have a showdown, and the high hand wins the pot!

As you can see, it’s a really simple variant; some would say, even watered down. While you may have heard about terms such as betting streets (turns, rivers, and flops), there are no such things here. In short, here’s a list of all the action that takes place, in chronological order:

And that’s it! That’s all there is to a round of Five-card draw poker!

Depending on where you play, there are different rules you have to abide by. Usually, unless you’re playing at a high-roller table, there’s a rule that you can’t discard more than three cards each round. Unless that is, you’re holding an Ace or a wildcard, in which case, you can discard up to four. There’s also a rule which says that you can’t deal the last card from the deck, supposing a player has seen it during the dealing. If you reach the final card, you have to burn it, reshuffle, and then the player receives the top card of the new deck.

Finally, you can choose to play with a stripped deck, which means that you lower the number of cards so that there’s more chance of landing a higher hand.

The most common mistake all new players (it happens all across the universe, don’t worry) make is that they don’t know when they should fold. They chase most hands, thinking that the drawing round will do them wonders; especially when they’re hunting a straight or a flush. Don’t make the same mistake — you should be tight in your betting, particularly in the early days. Be aggressive with raising only if you have a Three of a Kind or higher because it’s likely you’ll win. Furthermore, your hand can only get better, but you always have the starting Three of a Kind to fall back on if the luck of the draw doesn’t go your way.

To get an idea of how often high hands happen, here’s a list of all hands, together with their chances of happening:

And that’s about it! It’s a great starting game because it’s straightforward and fast-, and there’s nothing for you to dwell on. All in all, playing Five-card draw will make you become accustomed to the game of poker quickly. Good luck!